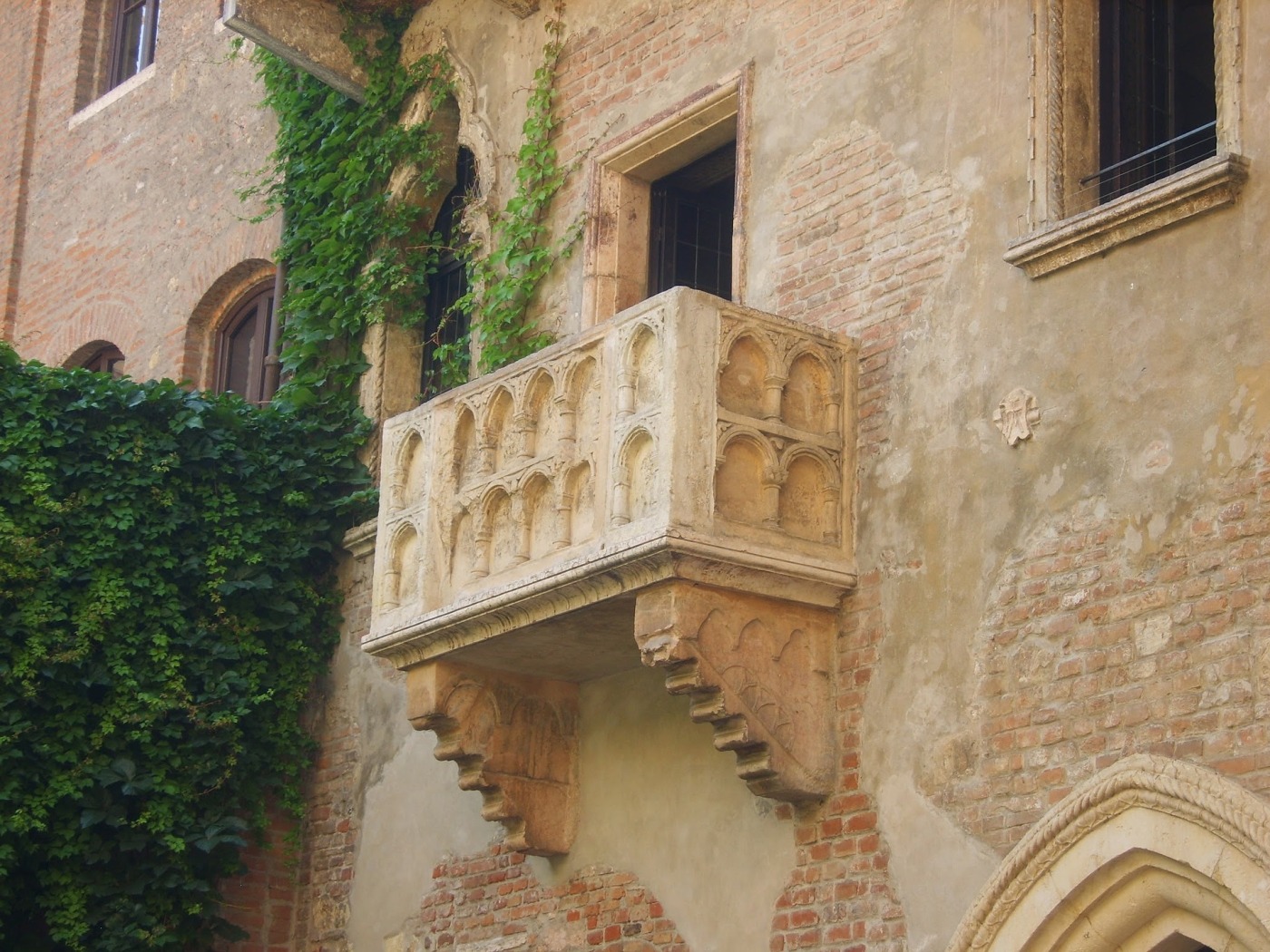 Shakespeare’s story of Romeo and Juliet is one of my least favorite stories by the bard.

Even as a teenager, I thought the lovers were less than intelligent (verify your lover is truly dead before killing yourself was my takeaway from the play) and assumed that, had they lived and married, they would have driven each other crazy in old age. I’m not terribly romantic. That being said, Verona is the setting of the story and Juliette’s Balcony is located at Via Cappello. A building near Piazza Erbe that was once owned by the Dal Cappello (Capulet family).

The building dates back to the 13th century. It has a brick façade and large windows. The small marble balcony was a disappointment. Two thin people might be able to stand on it, but no more. The balcony is on the second floor, and if Romeo couldn’t climb up to Juliette he was either very weak or his love wasn’t very strong. Even though I found it disappointing, Juliette’s balcony was one of our destinations whenever we had visitors, and it was a nice local stop. There is a photo of me sitting on a bench with my hot and tired two-year-old daughter sleeping in my arms. A throng of people were pressed together to view the balcony. I only hope they enjoyed their visit more than I did. Based on the expression on my face in the photo that I will not share here, I was not delighted to be there.