The Truth of Cetus

“Can you believe the plant life?  It’s amazing and mostly edible. So far, only seven percent of the plant life is not for normal consumption and that’s only because that seven percent is therapeutic.  Everything we’ve looked at plant wise is food! Commander, you and your staff performed a miracle,” Nevada sat back and smiled. In a full moon cycle since landfall, they had made excellent progress. “This is beyond my dreams of what we would find. There are trace elements in some of the food that we can’t identify, meaning there’s nothing like it on Earth, but those elements are not toxic. Overall, we’re in good shape.”

Piers grinned at the change in Nelson. As soon as Nevada was revived, Nelson became a different person.  He went from whiney to supportive instantly.  Apparently, his wife was his anchor and he needed her to be whole. That was something he could understand. “What are your recommendations for opening the rest of the pods?”

“One hundred and fifty pod extractions a day.  That’s optimal for medical safety. We can have the remaining pods empty in thirty-four days.” Nelson touched the tablet and the plan transferred to the main screen. “I’m recommending that the family of your staff be the next to be revived. We have all the scientific staff needed at this time and the command staff deserves to see their family again.”

“That would certainly improve morale,” Gilles admitted. “Viewing loved ones is not the same as holding them.”

“Indeed it’s not,” Nelson said as he placed his arm around his wife.

Piers walked into the briefing room and dropped into his chair, in effect, calling the meeting to order. It was naming day. Of all the things they needed to get done someone decided that the geographical markers in the area they had settled needed to be named. With any luck his late arrival would mean that someone, probably Keala, took charge and the bulk of the work was done. He suppressed his groan and asked, “Status?”

Keala grinned, “As the leaders of Old Earth decreed, the planet is Cetus, after our ship. We gave up trying to come to a consensus on anything else. We drew straws. I named the rivers: Parese, Fevit and Marekaj, all Haitian Creole words from my Grandmother’s heritage. Fola named Clearcrest Sea because the waters here are so crystal clear. Tair Afon Lake was named by Barton from his Welsh heritage and of course he named Belve Mountain because it looked like a belve.”

“I thought we agreed he wouldn’t name anything else,” Piers muttered.

Keala continued as though Piers hadn’t spoken. “This settlement will be called Cetus Landing since it’s near where the ship landed. Elected officials will pick names for new settlements. Each settlement will name landmarks within their zone. 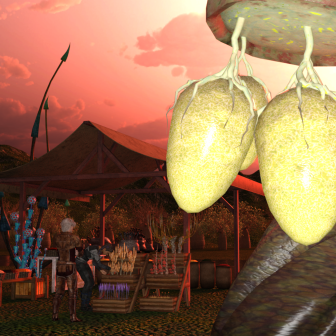 Had it only been seven months since landfall? They should have waited more than a single month of testing to revive the entire ship. She should have known better. Nevada didn’t looked up from the plants when Piers approached the testing tent. She was not looking forward to this conversation.

“What’s so important that you called me from my wife’s side?” Piers didn’t bother with niceties. He didn’t need medical training to know his wife grew weaker daily.

“I found the cause of the sickness.” Nevada stood to face Piers. “Do you remember the trace elements in the plants we couldn’t identify?”

He ground his teeth together, “Is that causing the sickness?”

Good, he understood. “Yes, certain combinations of plants result in a permutation in the trace elements, creating a poison. Also, fowl and hogs have trace elements based on what they eat.”

“What foods do we need to give up?”

“It’s not that simple. If we had done more testing before reviving everyone, that would have worked. Now, I have a team doing the compares but it appears that the quantity matters as much as the type. Combining the blue pear and blue carrot creates one poison, but a certain amount must build up in the system for it to become deadly. And there are many combinations that can kill.  My team has created two lists of food combinations. Stick with one list and there is no permutation in the trace elements, so no sickness. Each person will have to pick one list or the other and they can’t switch food groups later. This choice is for life, for the individual and all their progeny.”

“Okay, how do we heal the ones who are currently sick?” his sharp eyes waited for the answer he expected to receive. If they could be saved, she would have led with that information. Her boys were as sick as his wife.

Nevada stared him in the eyes.  He deserved honesty. “We can’t, not for everyone. At this point the poison is too strong in some of their systems. We’ll put the sick on a liquid diet, to try and flush it out, but we don’t have a cure. I estimate that of the thousand that are currently sick, less than one percent will survive.”

He slammed his fist on the table. “That’s one-fifth of our population.”

“I know.” She shut her eyes to keep away the tears.